10 Curiosities of Ca'Dario | The cursed palace of Venice

Venice is a city full of mystery and curiosities . Its canals, its old buildings, its narrow and winding streets, all invite to it. However, a place takes the palm: the palace known as Ca'Dario. It has been said that it was built on an old Templar cemetery, although there is no proof of that. Join us to know 10 Curiosities of Ca'Dario; the cursed palace of Venice.

Ca'Dario is surely the most enchanted and cursed building in the city ​​of Venice . According to the legend it received a curse and its owners are destined to fall into bankruptcy or in the worst case to die violently. It is located at number 353 of the "sestiere" or district of Dorsoduro and directly overlooks the Grand Canal.

1. The construction of the palace dates back to 1479 and was commissioned to the architect Pietro Lombardo by Giovanni Dario, from whom the palace takes its name, who gave it to his daughter Marietta for her wedding with the wealthy merchant Vicenzo Bábaro. These are the first victims of the curse and where the legend supposedly belongs. Vicenzo suffered a financial debacle and was ruined. His wife Marietta, the true owner of Ca'Dario , he committed suicide and some time later Vicenzo himself died of a knife stroke.

2. The next owner was his son Giácomo, who, while in the city of Heraklion on the island of Crete, in Greece, died tragically in an ambush.

3. The palace it remained in the hands of the Babaros until the nineteenth century when they sold it to a dealer in precious stones of Armenian origin called Arbit Abdoll. As its first owner, it was also ruined shortly after buying the mansion of the Grand Canal and in 1838 had to sell it to an Englishman named Rawdon Brown who also went bankrupt. For more than half a century it was passed from hand to hand and it was related to several cases of economic ruin, illnesses and deaths until in the postwar period it was acquired by an American multimillionaire who fled Venice due to the continuous rumors that accused him of homosexuality and whose lover committed suicide in Mexico, where they took refuge.

4. On the facade of Ca'Dario there is an inscription that says "URBIS GENIO IOANNES DARIUS" which means more or less "Giovanni Dario, in honor of the genius of the city". Due to the deaths in it, the Venetians made an anagram with their letters: "SUB RUINA INSIDIOSA GENERO" that would come to mean that the one who lives under this house will fall into ruin.

5. Outside, decorated with polychrome marbles and Istrian stone, there are eighty circular medallions. Its interior is presided by a staircase and a marble well and in one of the rooms there is a fountain of oriental inspiration. 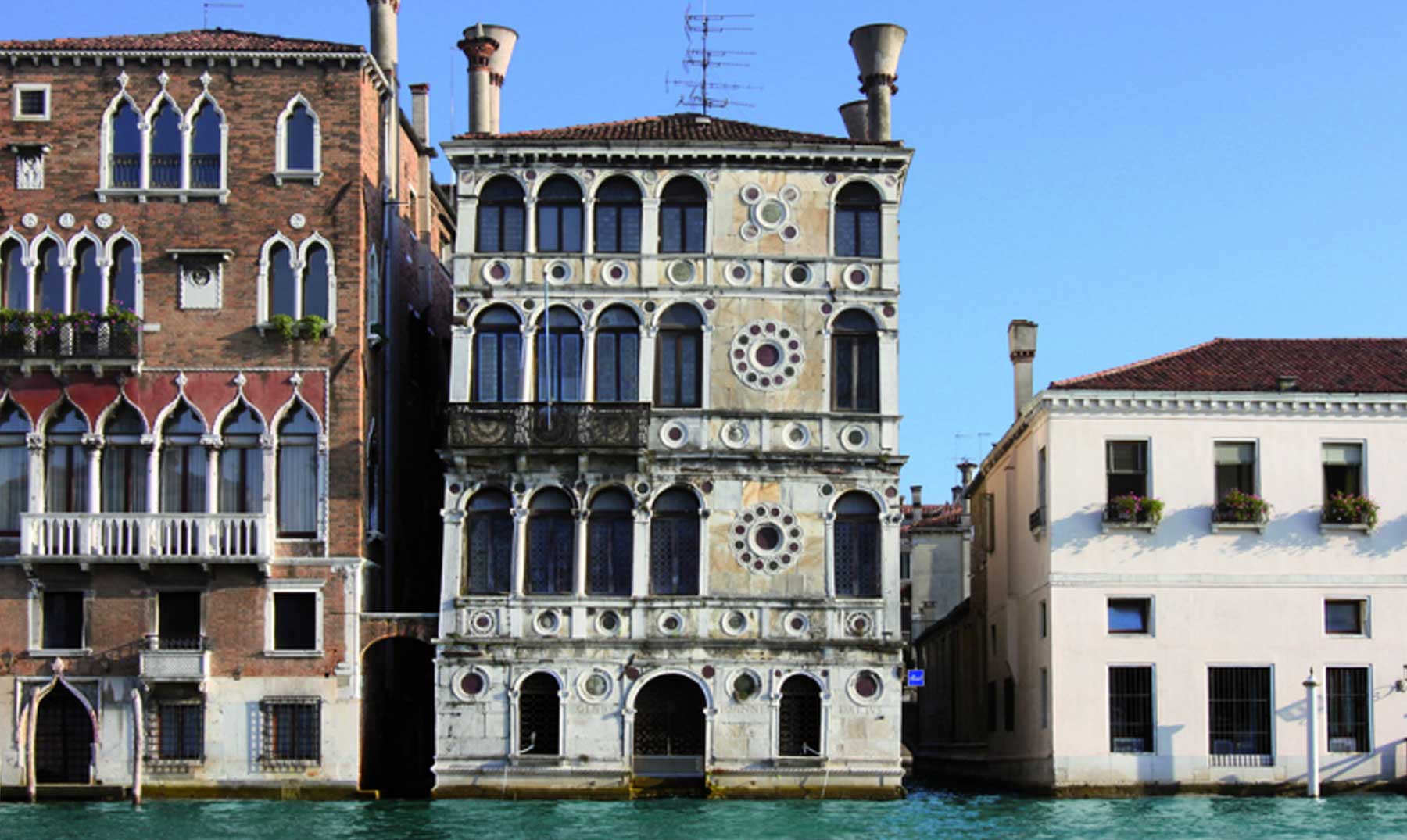 6. One of its last owners was Filippo Giordano delle Lanze, a Turinese Count. In order not to fall short of tradition, he was assassinated in the same Venetian palace in 1970. He died at the hands of a Croatian, a sailor by profession, with whom he maintained a sentimental relationship. The murderer, named Raul Blasich, was murdered in London where he had fled.

7. Kit Lambert, manager of the rock band "The Who", bought the palace Ca'Dario despising the curse and seduced by the melancholy aspect of the building. Due to his dependence on drugs, aggravated during his stay in Venice, he fought with the band which led to a financial crisis and an arrest for drug possession. In spite of affirming that he did not believe in the curse, in many occasions he slept outside the building since he believed that in him there were ghosts that persecuted him.

8. The next two owners were Fabrizio Ferrari and behind him Raul Gardini. The first was a Venetian who moved to live in the palace with his sister Nicoletta. The woman died in a strange traffic accident in which the body appeared several meters away from the vehicle and from which there were no witnesses. He also suffered a financial meltdown in addition to being stopped for mistreating a model. The second, also Italian, bought the mansion at the end of the 1980s to give it to his daughter, but after several scandals of various kinds, in 1993 he committed suicide shooting himself in his house in Milan.

9. The facade of the cursed palace has a width of ten meters, is asymmetrical and is tilted to the side due to the collapse of its structure. It has Venetian-style chimneys that are few in the city.

10. The great Impressionist artist Claude Monet was also struck by this palace. In 1908 he used it as a model for a series of paintings that are a clear example of impressionism. In them you see Ca'Dario from the same perspective, but the light conditions vary from one to the other.

The palace has undergone numerous renovations and restorations. In 1977 it was restored, redecorated and furnished by a well-known interior decorator named Giorgio Pes who had also participated in the film El gatopardo by Luchino Visconti in 1963. In 2006 it was acquired by an American company on behalf of a buyer who wished to remain anonymous and again a complete restoration was carried out. The Palace has been visited during the day of the FAI (Fondo Ambiente Italiano) in which funds are raised for the heritage, opening visits to places that normally remain closed.

Did you know these curiosities of Ca'Dario , the most cursed palace in Venice? Do you think that a curse can really weigh on the house or are just a cluster of disastrous coincidences? Do you know other houses or palaces that are considered happy like these 4 most haunted places in the world of which we speak to you in Supercurioso? Share it with us!

We use cookies to provide our online service. By using this website or by closing this dialog you agree with the conditions described here.